Burger King tried to prank voice activated devices into speaking the definition of the Whopper. But pranskters changed the Wikipedia page Whopper ingredients to include “cyanide” and “a medium-sized child.” And Google shut down the ad within hours of its launch. But we have a demo of how it worked. 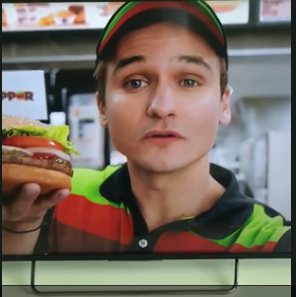 Amazon has started testing a version of its Amazon Affiliates program designed exclusively for online influencers.

The legal battle between Twitter and the U.S. government ended Friday as the Department of Homeland Security withdrew its demand that Twitter release information to identify an account holder whose tweets have been critical of President Trump. Score one for free speech!

To illustrate the power of TV advertising, a 60-second spot by the marketing arm of TV broadcasters in the U.K., pays homage to science fiction movies. In the ad, a giant alien who only says “Ooola Ooola Zod” takes over all the TVs in England, causing huge panic. When the alien exits his craft, he and the craft turn out to be tiny. Watch the ad for the punchline.

United sparked worldwide protest when it dragged Dr David Dao, a seated paying passenger, off a plane after knocking him out. The airline then issued a mealy mouthed apology that fueled the social media flames. The stock tanked $1 billion before United made another apology, and another, and another. 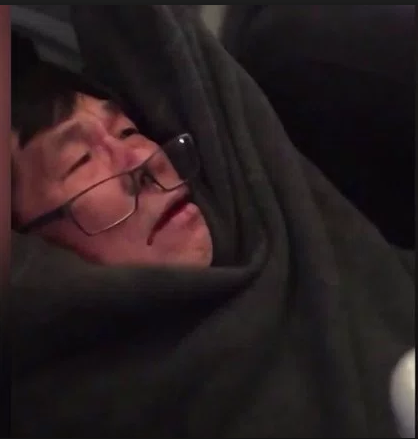 Daughter of doctor removed from United flight: "What happened to my dad should have never happened to any human being." pic.twitter.com/pSwvSY7pQ9

Many Twitter users are reporting that their tweets about United Airlines dragging a customer from a plane are getting deleted.

.@united Here it is, anyway. Harmless, yet clearly @united are desperate for Twitter to help them suppress the justified negativity pic.twitter.com/8vDJgzjHaO

Twitter responds to my tweet asking why they are deleting negative tweets about United Airlines…by DELETING my question lol @socialdiva pic.twitter.com/3kZNKut13C

My tweet about #united was deleted. But that will not stop what happened being talked about.

At his most embarrassing press conference yet, Sean Spicer suggests Hitler — who used gas chambers to kill Jews during the Holocaust — didn’t use chemical weapons. Reminded that Hitler gassed millions, he said that Hitler “didn’t gas his own people,” implying that German Jews weren’t really Germans. Hitler brought them to “Holocaust Centers” he said. A Holocaust survivor posted a video response.

Are you fucking kidding me? @PressSec https://t.co/yQuPAqII0R

This holocaust survivor has a powerful message for Sean Spicer, following the press secretary's horrifying comments about Hitler: pic.twitter.com/yTtZAVoORF

April the Giraffe is still pregnant

I signed up for text alerts so I’ll know immediately to tune into the live cam. 153K people are watching the live cam right now!

Created by the Democratic Coalition Against Trump, Boycott Trump allows users to hit Trump where it hurts most – his wallet. Search through over 250 companies and people to see they’re directly connected to Trump.

JSFiddle is a free coding “sketchboard” for trying out your programming ideas in HTML, CSS and JavaScript.