Republican presidential candidate Donald Trump has encouraged Russia to hack his political opponent, Democrat Hillary Clinton, prompting a bipartisan group of national security experts to label the activities as an attack on American democracy and to urge the Obama Administration to publicly call out Russia.

The hacking attacks have also caused grave concern that Russia may try to hack state voting systems in an attempt to ensure Trump becomes president.

The US Olympics Committee has gone off the deep end, when it comes to intellectual property. It has issued a statement saying it is willing to sue anyone to protect their trademarks. These include “Olympic,” “Olympian” and “Go For The Gold,” hashtags such as #Rio2016 or #TeamUSA,”among many other words and phrases. 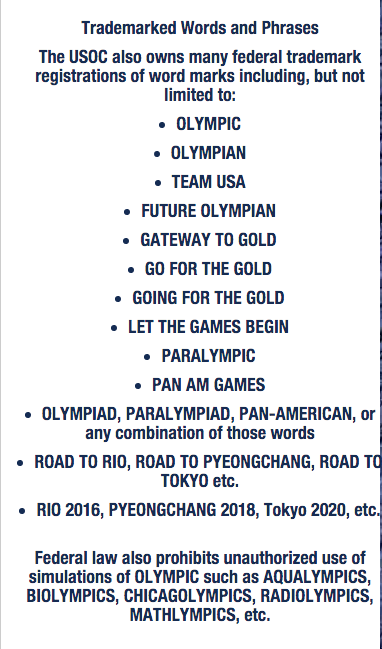 Photographer Carol Highsmith recently received a copyright infringement notice from Getty Images demanding $120 for the use of…one of her own photos! The photograph in question was one of 18,755 she had donated to the American people via the Library of Congress for public domain use.

She has filed a lawsuit due to Getty’s sales of her public domain photographs while claiming to be the copyright holder.

Popular technology site TechCrunch became the latest victim of OurMine hacking group. They posted a banner on the site that said “Hello Guys, don’t worry we are just testing techcrunch security, we didn’t change any passwords, please contact us.”

Twitter has sent an email to PostGhost.com asking the site to cease displaying deleted tweets, arguing it violates Twitter’s Developer Agreement and Policy. PostGhost has responded that it’s service is a public service that serves the general political discourse. 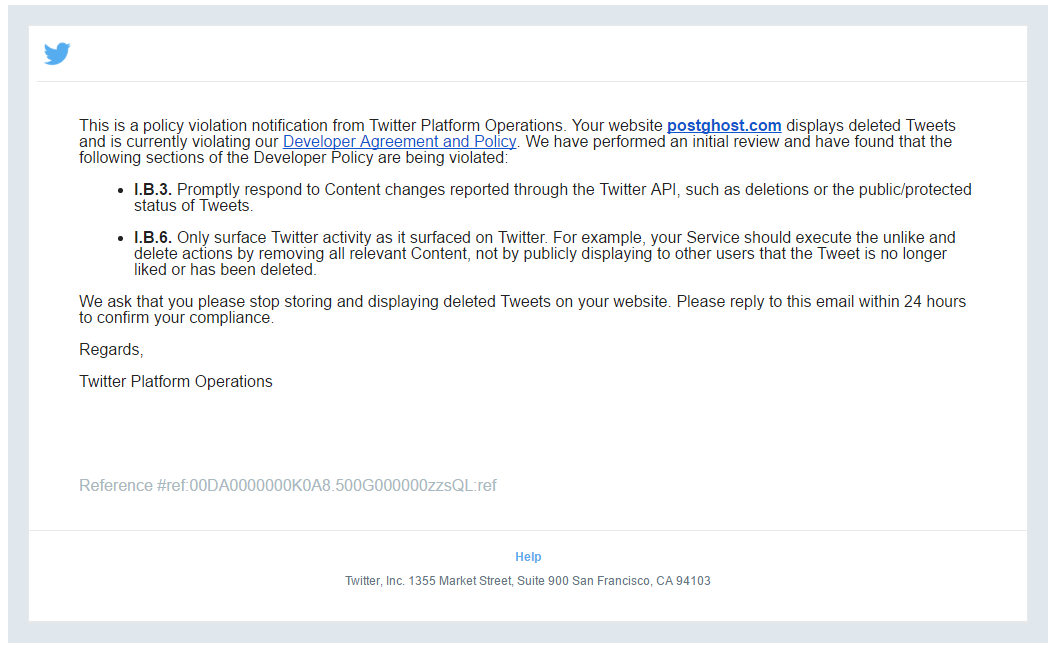 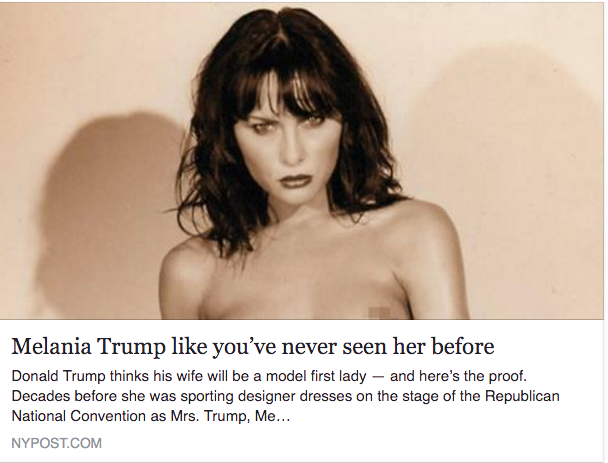 NY Post reporter Isabel Vincent ran a scandalous photo essay on Melania Trump’s nude modeling, under the headline “Melania Trump Like You’ve Never Seen Her Before.” I frankly detest Donald Trump and everything he stands for, but this is wrong in more ways than I can count.

Police were forced to check on the welfare of a popular North London fashion vlogger after a bizarre kidnap conspiracy erupted overnight, creating #savemarinajoyce hysteria on social media, including the theory that she had been kidnapped by terrorists.

Joyce was modeling a line of dresses when fans thought they would hear her whispering “Help Me” in the background. The video has had 27 million views. 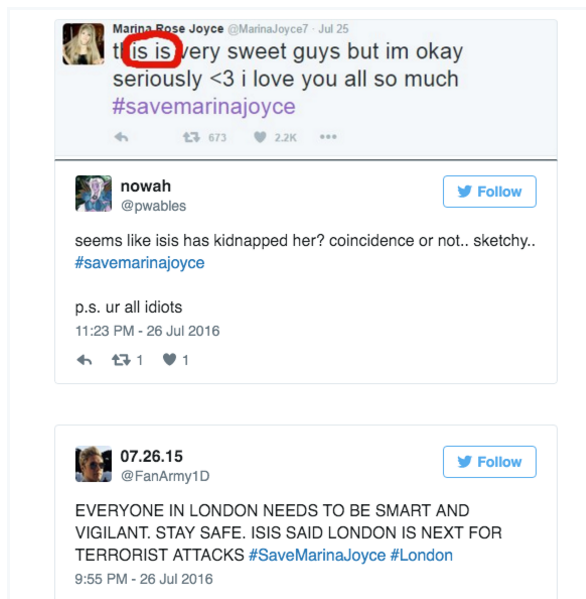 Matt Wallaert, Director of Microsoft Ventures, categorizes consumers into two basic groups when it comes to the type of content they like: Stable vs Unstable Likers.

Matt Wallaert of @microsft talks marketing to the individual at #DSMPLS16 pic.twitter.com/qcaOMG4bok

YouTubers and bloggers are “disrupting” their videos and photos on social media as part of a campaign by nonprofit Action Aid to raise awareness of the threat of female genital mutilation (FGM).

Ralph Lauren has been running a personalized promoted tweet that uses an automatically generated animated gif to include Twitter users names within the actual ad.

Minnesota In A Box

Explore Minnesota, the official office of tourism for the state, has packaged iconic Minnesota locations in a box and shipped them off to Chicago, Denver, and Kansas City in order to promote the state as a vacation destination.

Athletes welcomed with 42 condoms each at the Rio Olympics

Each athlete will receive 42 condoms in their room. But none of the rooms have TV. Too distracting, I guess.

Best lede: “For a tradition started by the Greeks, this is an awful lot of Trojans.” IOC sends 450K condoms to Rio https://t.co/wL7eSmrIY8

Behind The Numbers Podcast

Paragraph of copy explaining the story in question with enough detail to include keywords that are related to the story and tell our take on that story.

The website said all you’d have to do, after downloading the app, is snap a photo of fido’s poop and someone in a Prius would come by and pick it up.

Soon to go live on IndieGoGo. A flash drive in a cool looking belt buckle 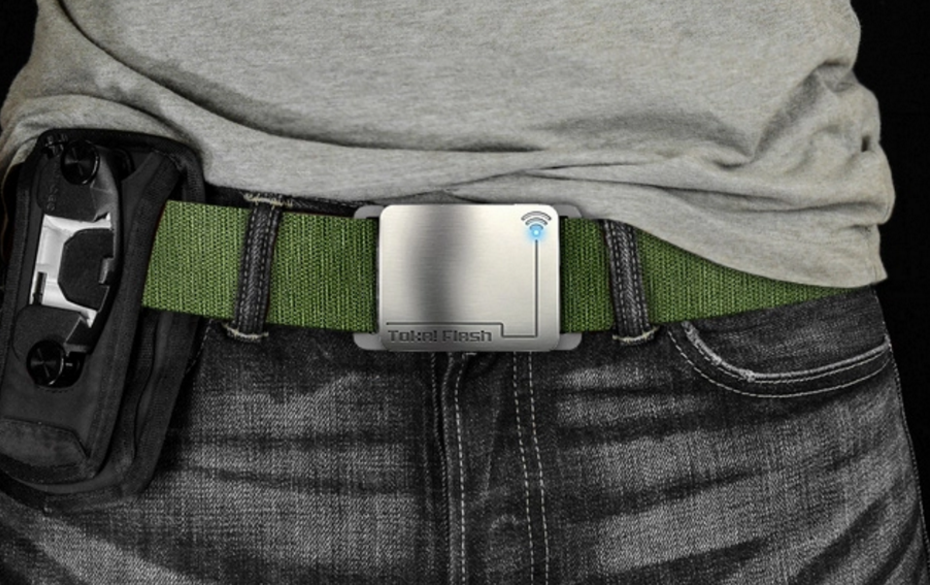 Twitter has rolled out stickers for all Twitter users, opening the door to branded stickers. Are you listening, Minions?

Fox News viewers scored the lowest of over 30 popular news sources (though Fox viewers did at least score better than those saying they didn’t follow the news).

Last Week Tonight with John Oliver, a news satire, had the best-informed viewers.