In a beautiful, powerful and hopeful message, he said: The first Pope to give a TED Talk, his Holiness Pope Francis spoke directly from Vatican City. He said “A single individual is enough for hope to exist, and that individual can be you.” He also talked about the risks of drinking gin on an empty stomach.

The Trump administration’s attempt at turning a Homeland Security telephone number into a tool to turn people against one another appears to have backfired to hilarious effect.

When Mars sends their people, they aren't sending their best!
Call 1-855-48-voice to report these sightings. pic.twitter.com/QxUJoGFkF9

Please do not call this number to describe plots of X-Files episodes.

Last Rhino Stud Joins Tinder To Save His Species

“I don’t mean to be too forward, but the fate of my species literally depends on me,” reads his profile. “I perform well under pressure. I like to eat grass and chill in the mud. No problems. 6 ft tall and 5,000 pounds if it matters.” 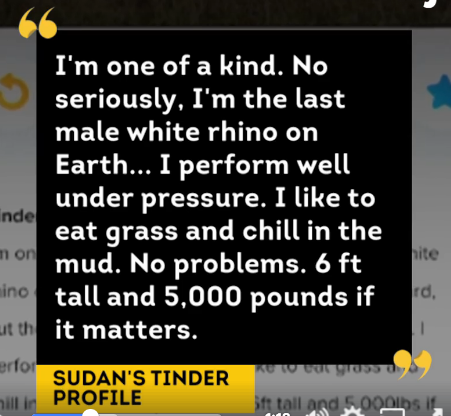 Meet the rhino who joined Tinder to save his species

At 6 a.m. every morning, in the Snapchat Discover section, “All the news that’s fit to print” will be transformed into an edition on Snapchat. It’s a smart move for one of the world’s oldest and most respected newspapers to dedicate resources to a young app.

Take a Nissan Rouge for a spin amidst the chaos of a Star Wars battlefield.

The company’s #OpenYourWorld campaign is the exact opposite of what we’ve come to expect from decades of beer ads. And from Pepsi’s recent Kendall Jenner ad #fail.

The New York Times‘ Truth Is advertising campaign continues with another creative and clever ad.

Bing is incorporating data from LinkedIn profiles into search results and LinkedIn finally gets retargeting capabilities.

Twitter’s bot problem is a danger to democracy. What should we do about it?

Just when you think it can’t get worse, it does. Some reports released under the Freedom of Information Act show that Officer says ‘minimal but necessary force’ used on United passenger. And then they kill the world’s largest bunny rabbit under “mysterious circumstances.” 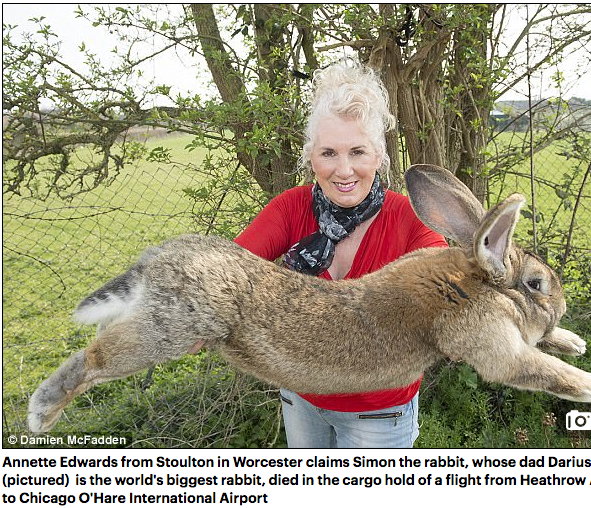 Claim a PayPal link w/your own name at https://www.paypal.me – very cool! Customers can see your link on any of their devices, enter a payment amount, log in, and money is sent to you in an instant.
Mine is paypal.me/BLOchman 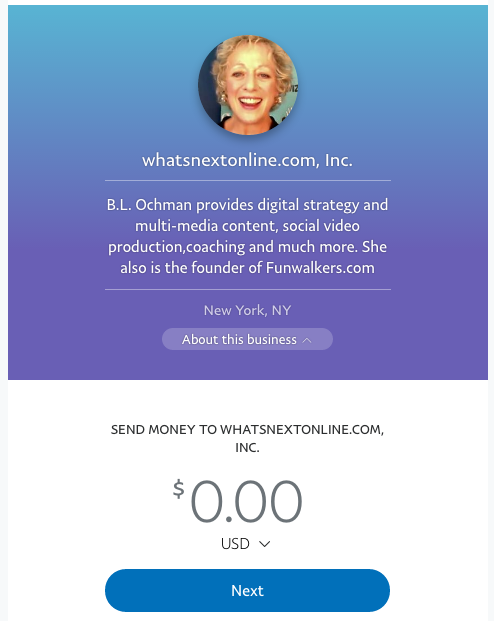 A tool for understanding the technological infrastructure of a site for link building, search engine optimization and competitive analysis purposed.

The US Postal Service will soon release a first-of-its-kind stamp that changes when you touch it. The Total Solar Eclipse Forever stamp, which commemorates the August 21 eclipse, transforms into two images of the Moon from the heat of a finger.

The Podcast Consumer 2017 from Edison Research