In their typically unclear manner, Google announced that Hangouts on Air are being separated from Google+ and moved to YouTube Live events. In the process, users are forced to open and attach a Google AdSense account in order to be able to embed videos on a website or blog.

Verizon has offered to install big brands’ apps on its subscribers’ home screens.

Twitter has an ongoing and extreme problem with abusive Tweets. Twitter managed to take down Tweets with photos and videos of the Olympics – at the behest of the Olympic Committee. But Twitter says it can’t remove abusive posts or dangerous threats against users. Why?

Twitter is deleting users posting Olympic clips within minutes. They have tools to deal with harassment, but they'll only protect brands.

Twitter just let me know that this doesn't violate their rules or qualify as abusive behavior. Lighten up, ladies! pic.twitter.com/iC4uN51C7L

In a downsizing move, Moz is focusing on its core SEO offerings, especially local SEO, and as a result will be looking to sell FollowerWonk.

Humiliating, larger-than-life 300-pound statues of naked Donald Trump were placed in prominent locations in several cities by the Anarchist group InDecline. The statues were entitled “The Emperor Has No Balls.” In New York City, the Parks Department responded slickly.

Twitter has released two features previously reserved for Verified and high-profile accounts to everyone: Notifications improvements and Filters.

Two simple settings to give you better control over your Twitter experience. https://t.co/pEJuMUhCYs pic.twitter.com/jmFd0rDoV6

Triumph the Insult Comic Dog, star of a Hulu series, hosted a focus group of Trump supporters to see just how far he could push them. Pretty far as it turns out – and 2.2 million views this week alone.

For our 500th tweet, we proudly present the end of civilization.https://t.co/JkY8HX5xmd

In a promotional effort to raise awareness of the value of Amazon Prime memberships, the company has released the pilot episodes of some of its most popular TV series, including The Man In The High Castle and Transparent.

A little-known and ultimately aborted collaboration between Surrealist painter Salvador Dali and Walt Disney finally was finished thanks to Disney’s nephew. Dazed has the wonderful history of the project.

Video chat for up to 8 people. Works in Chrome & Firefox & on iOs and Android phones.No install, no login required 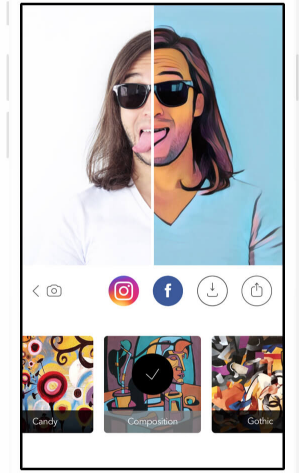 A treasure trove of free, public domain books that include many of the classics you should’ve read in high school and college.

Pricey system lets you video chat with pets remotely and lets them call you.

Starts at 30:34 in the YouTube video of tonight’s show. RCN – get your act together!