A new RGB For Good app let’s you have legal lion Ruth Bader Ginsburg exercise to stay fit and ready to dissent, among other activities. 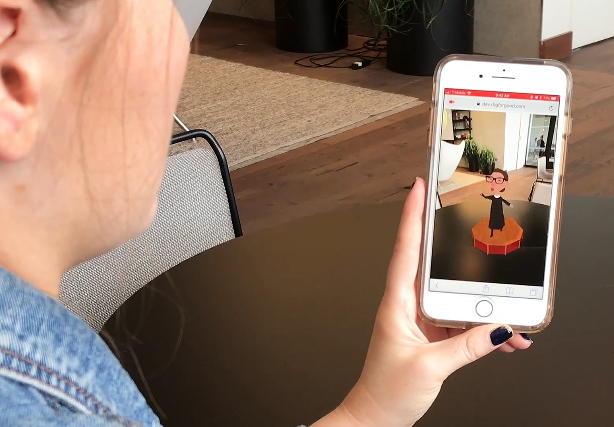 With an ambitious decentralized platform, the father of the web hopes it’s game on for corporate tech giants like Facebook and Google.

You can use Snap’s camera to find and buy products and music on Amazon.

With more than one million micromirrors per headlight, Mercedes-Benz Digital Light HD headlights do much more than just illuminate the highway.

NatGeo & Coors Team Up for Adventures

NatGeo and Coors are on a mission to awaken the restless spirit in all of us and to inspire a new generation of adventurers.

Outdoor advertising is bigger than ever.

Have You Seen My Kangaroo?

A kangaroo escaped from an animal sanctuary in South Florida with the help of a goat and hopped around the neighborhood for two days.

FHP has now launched a drone in the 9000 block of 159th Cr N to help in their search of the missing kangaroo. FWC’s Matthews said it was better than them driving around. @pbpost pic.twitter.com/8p8mjhW0q7

Have you seen Storm? The kangaroo is on the loose in #JupiterFarms #kangaroo https://t.co/WjDEcD7Gdl pic.twitter.com/Nt9xX5PC2q

The drone has landed and it’s getting fresh batteries. #FHP is using a thermal camera to try to locate the missing #kangaroo @CBS12 pic.twitter.com/qBupDW69Dy

Why Did An Octopus-Wielding Sea Lion Slap A Kayaker In The Face? https://t.co/cXBdncJv9K

Pandora gets a lot more content and Sirius gets another distribution channel. Big news for podcasting?

What do you think this means for Spotify?

As facial recognition tools play a bigger role in fighting crime, inbuilt racial biases raise troubling questions about the systems that create them.

Urban Outfitters is selling leggings and a sports bra as an Influencer Halloween costume. Big price tag, but unfortunately, it doesn’t come with followers.

When the reading brain skims texts, we don’t have time to grasp complexity, to understand another’s feelings or to perceive beauty. We need a new literacy for the digital age.

You put in your address and you get a list of candidates in your district who support sensible gun laws.

My kind of petty: Democrat running for House seat in Arizona gets six of his Republican opponent's SIBLINGS to be in an advertisement against their brother pic.twitter.com/J4Yz9DpM8M

A standup comic from Atlanta, who goes by the name Chili, masterfully mashed up Samuel Jackson in the hamburger scene from Pulp Fiction with Kananaugh’s testimony.