Here's the moment Russia Today took over the C-SPAN1 feed. Unclear what happened. RT aired for about ten minutes before C-SPAN1 came back. pic.twitter.com/mhWVgCoFxF

I would rather eat my own organs pic.twitter.com/IgeCRZqk8w

How is this allowed @jack pic.twitter.com/Wof8MlYHTL

At least he's putting his education to use? pic.twitter.com/8T208anpnJ

Facebook announced that it will insert ads in mid-roll on Facebook Live, but didn’t address the issue of Freebooting.

In an open letter, filmmakers and photojournalists say they want protection from authoritarian governments and others who are trying to seize their images.

INDIVISIBLE – A Guide to Resisting the Trump Agenda

Former congressional staffers create downloadable guide for getting your elected representatives to listen and resist the Trump Agenda,

Linden Labs has created a new virtual reality platform called Sansar. Sansar aims to be the WordPress of social VR.

Dan Rather wants his new Facebook Page to become a goto source for vetted journalism in real-time. “n these turbulent times, we seek nothing more than the truth,” Rather writes.

YouTube is replete with Japanese tiny-food videos. Their creators shrink recipes to Lilliputian dimensions: pancakes the size of nickels, burgers compact enough to flip with chopsticks. The meals may be extremely diminutive, but they’re edible. 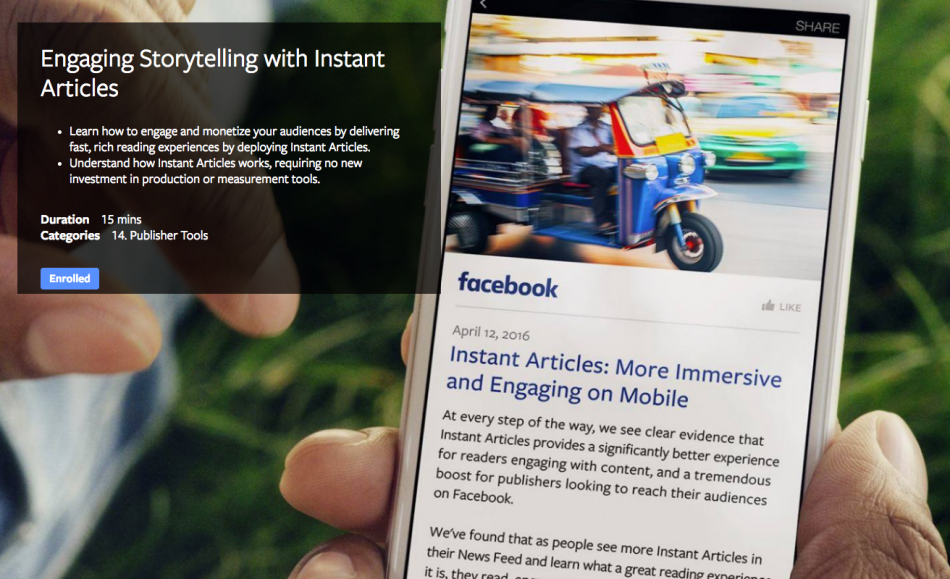 The Unipiper -Portland’s Ambassador of Weird

With his fire-breathing bagpipes, Darth Vader mask, and unicycle, The Unipiper has earned him a cult-like following and his place as the city’s unofficial ambassador of weird.

Phone has a built-in tricorder. Really.

The tricorder — the device that Spock and Dr. McCoy would use to analyze all kinds of objects and materials on the show — is becoming a real thing. And it’s coming to smartphones. It’s got a built-in molecular sensor.

The Method-2 bipedal robot is a prototype from Korean company Hancook Mirae Technology.

PockitShip is an on-demand pickup and delivery company that specializes in large items greater than 50 lbs. (and up to 250) You place your order from your computer or your phone with an iOS or Android app