BL and David discuss an autocomplete Black Panther interview; Twitter amping up the news while Facebook flounders; the Amazon Pollycast; Bloomberg’s Twitter TicToc; the lonely dog that went viral; Lucky Charms gets mythical; Watson gets embedded in virtual and augmented reality; the Marketoonist; the coming artificial reality apocalypse; the next chapter in Net Neutrality repeal; a clumsy, milky metaphor; Gmail gets AMPed; concussion spotting technology; and much, much more.

SUBSCRIBE: iTunes or Google Play or Stitcher or iHeart Radio or ask Alexa or search the Spotify App.

As Facebook deemphasizes news in its core experience, Twitter does the opposite. The move furthers Twitter’s embrace of its role as a media and news company.

Amazon has teamed with WP Engine to offer a WordPress plugin that uses Amazon’s text-to-speech service Polly to turn your blog posts into podcast episodes.

Twitter users can now tune into TicToc, a live-streaming channel by Bloomberg Media, to catch up on the day’s news, with live updates at the top of the hour. It relies on Bloomberg journalists’ original reporting as well as on information provided by Twitter users and verified by Bloomberg editors.

The stars of Black Panther–Chadwick Boseman, Lupita Nyong’o and Michael B. Jordan–answer Google Autocomplete questions about them and the movie.

“For the love of dog, will someone please read to Sting?” That post was shared nearly 100,000 times within hours of Sting’s lonely visit to the library, when no children showed up to read it him. His reading schedule was full through April.

Unfortunately nobody signed up to read to Sting at the White Bear Lake library tonight. If you know of a 4 to 8yr old…

General Mills crowd sourced its newest ingredient for Lucky Charms and the Internet got mythical.

The IBM Watson Unity SDK, (software development kit) is available for free on the Unity Asset store. This means millions of developers can now integrate AI into VR and AR games, with relative ease, directly within the game engine. 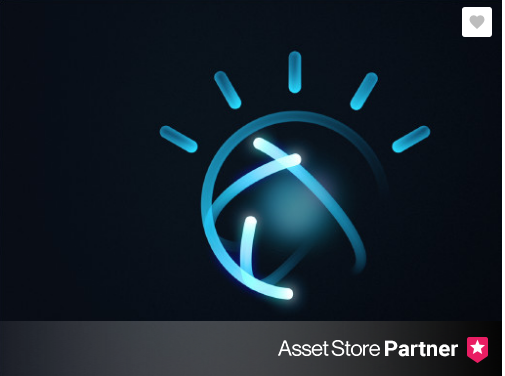 Tom Fishburne has been sharing his visual thought bubbles since college.

The Dark Side of AI

A new report – The Malicious Use of AI – on the downsides of progress in AI warns that more attention needs to be paid to the heavy moral burdens created by creators of the new technologies.

The Day The Internet Is Scheduled To Die

The repeal of net neutrality rules was published to the Federal Register today; that means lawsuits to block the repeal can begin to be filed.

In an unfortunate food analogy at a Black History Month event this week, Illinois Gov. Bruce Rauner drank a glass of chocolate milk to demonstrate his belief in diversity. “It’s really, really good,” he said after taking a sip. “Diversity!”

An hour later the governor remembered that he is lactose intolerant and muttered that diversity makes him gassy https://t.co/9bSRr8NlTU

This is the most Onionesque headline to ever not appear in the Onion.https://t.co/4IoiqVyOpe

Google has announced it is bringing its Accelerated Mobile Pages (AMP) technology to Gmail in order to make emails a lot more engaging and interactive.

It turns out there’s quite a lot you can tell from how someone’s eyes move. This quick, portable eye-tracking station can tell in minutes whether you should see a doctor.

This Day In History: 🏒 The Miracle On Ice 🏒 On February 22, 1980, in one of the most dramatic upsets in Olympic history, the underdog 🇺🇸 US hockey team made up of college players (many of them University of @MinnesotaGophers), defeated the four-time defending gold-medal winning Soviet team at the XIII Olympic Winter Games in Lake Placid, New York. The Russians were regarded as the finest hockey players in the world but fell to the youthful American team (headed by #Minnesota coach, Herb Brooks) 4-3 before a frenzied crowd of 10,000 spectators. Two days later, the Americans defeated Finland 4-2 to clinch the #hockey gold. The “Miracle on Ice” was more than just an upset at the #Olympics; to many Americans, it was an ideological victory in the Cold War as meaningful as the Berlin Airlift or the Apollo moon landing. President Jimmy Carter had just announced that the America would boycott the 1980 Summer Games in Moscow because of the Soviet invasion of Afghanistan. Americans were suffering from a major recession and the Iran hostage crisis and in need of something to celebrate. . . . . #MiracleOnIce #MiracleOnIce1980 #OlympicHockey #ThisDayInHistory #MinnesotaHockey #MinnesotaGophersHockey #MinnesotaGophers #1980 #StateOfHockey #StateOfHockeyMinnesota #MinnesotaHistory #MNHistory #ThrowbackThursday #TBT #TBThursday

You can work @karwoskicourage if:
– You want to help an agency move forward
– Are talented
– Not a jerk
– Make everyone look good in addition to yourself
– Enjoy a job where you get to thinkhttps://t.co/HUn77Qwuk6#PublicRelations