“Trump has the sniffles. Is he okay? What’s going on with his health? Can he serve?” Naturally, Trump’s sniff already has its own Twitter account with 4000+ followers

Trump has the sniffles. Is he okay? What's going on with his health? Can he serve?

Chris Ziegler, a founding editor at The Verge, began working for Apple in July 2016. Only problem: He didn’t bother to tell his boss at The Verge.

boss: "dude are you okay you havent been to work in three weeks"

I would like a journalism job where you can get away with not writing anything for two months.

Facebook apologized to big ad buyers and marketers are upset with Facebook Inc. after learning the tech giant vastly overestimated average viewing time by as much as 80% for video ads on its platform for two years.

Sick and tired of waiting in line at a restaurant or a movie theater? Nissan has got just the product for you.

Edmonton Oilers’ New Mascot Is The Stuff Of Children’s Nightmares

As soon as the Edmonton Oilers announced their new mascot, an uproar began. Some of the reaction evoked words such as “demon” and “soul-eating wildcats.” 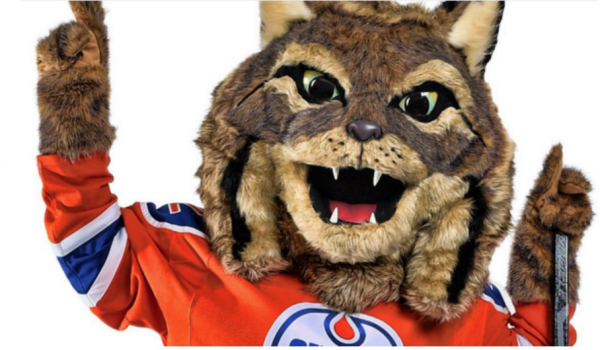 Ford anticipated it would be the subject of criticism by Republican presidential candidate Donald Trump during the first presidential debate, and they were ready to counter.

Fact Check: @Ford is not moving jobs out of Michigan. Our agreement secures future product commitments for affected plants. #Debates2016

Ford has more hourly employees and produces more vehicles in the U.S. than any other automaker. pic.twitter.com/k15cqknsvX

@eschulze9 There is no impact on US jobs. Ford’s American workers will build 2 new vehicles at the US plant where small cars are made today.

Bubbes and zaydes are stepping up to push the younger generation to vote for Hillary Clinton, in a hilarious video from Bend the Arc Jewish Action. Be sure to watch the video to the end.

Google is moving away from cookies and embracing the login as a more accurate method of measuring online behavior.

SNAP (formerly Snapchat) releases video-recording glasses called Spectacles that let you record 10 second clips. They will initially be priced at $130 and have limited distribution.

According to sources cited by Financial Times, SoundCloud, the beloved independent darling of the music world, is in acquisition talks with Spotify.

London Police Officer Has A Dance-Off With A Giant Pig

A police officer’s moves went viral when he participated in a dance off with a giant pig in the middle of a busy street to raise money for a cancer charity.

For everyone who wants to make a Moment – starting today you can! Creators everywhere can now tell stories with Tweets. pic.twitter.com/ZJtNBoTPWf

Popular YouTube creators will publish 1:34 videos in which they complete other tasks like plucking their eyebrows, while encouraging people to register and vote.

Mockingbird let’s you quickly and easily create a wireframe illustrating the layout of a website or a mockup of a page layout.