We’ll be talking about this example on today’s broadcast of Episode 29 of the Beyond Social Media Show.

This company starts off by doing it right. The Facebook ad shown below was accurately targeted to me, David Erickson, who, as a football player and as a gadget geek, would have a natural interest in the Spy Camera Glasses that have an HD camera mounted above the nose rest of a pair of sleek black sunglasses. I would’ve been all over this product, especially at a lower price point, to record my point of view playing football. 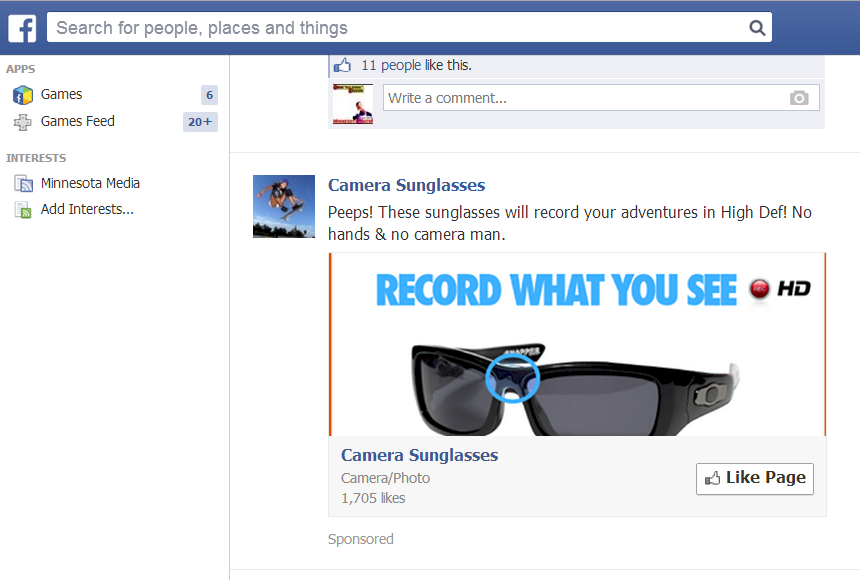 So far so good. After I click on the Facebook ad, I’m taken to this page, which has a number of issues that don’t exactly engender confidence that this company knows what they’re doing and, by extension, engender the trust I need to give them my money. What problems do you see with this page? Leave your comments below. 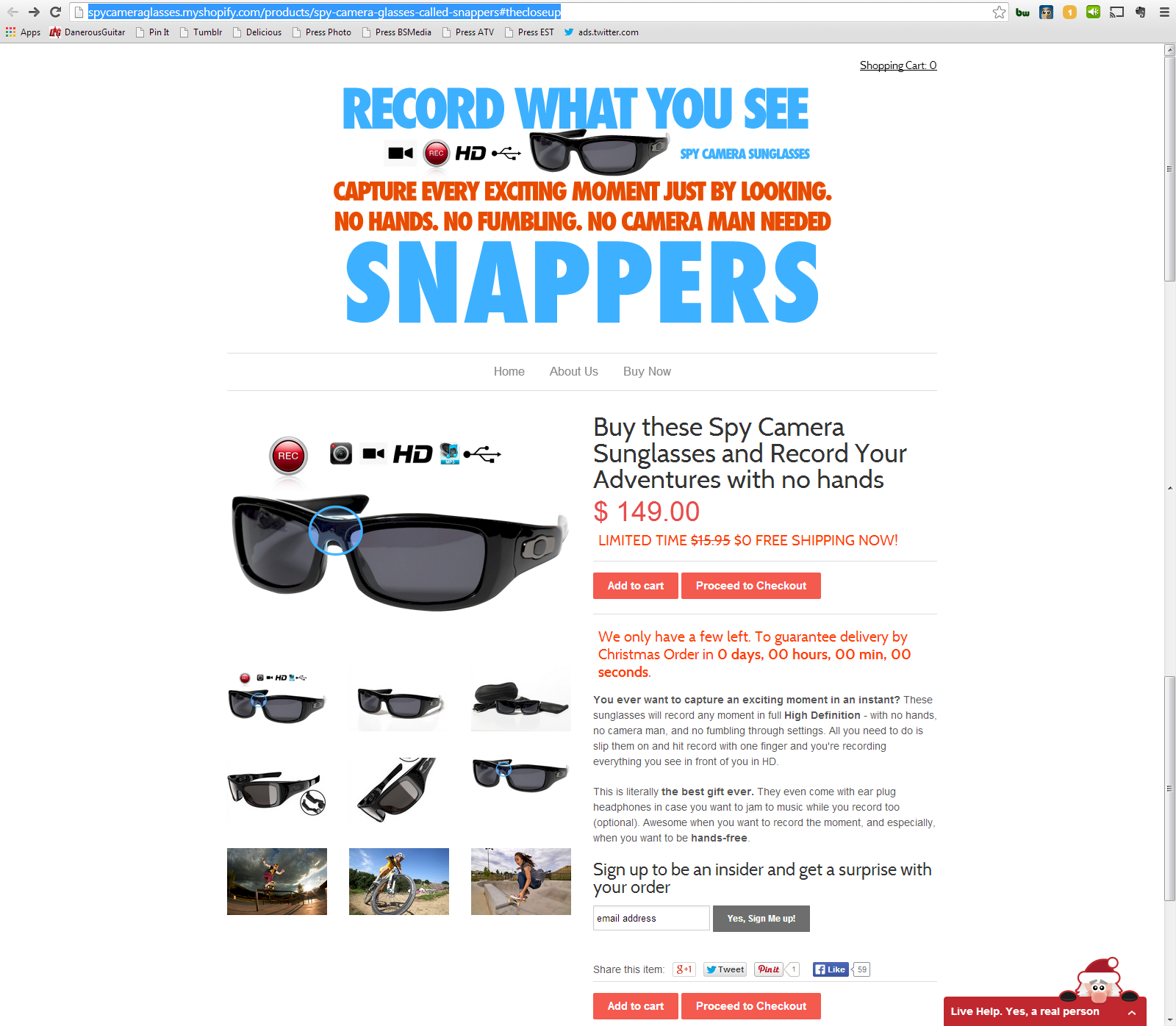 Finally, the About Us page lists a Gmail address for customer support.  Again, hardly the professionalism I’d expect from an eCommerce operation. 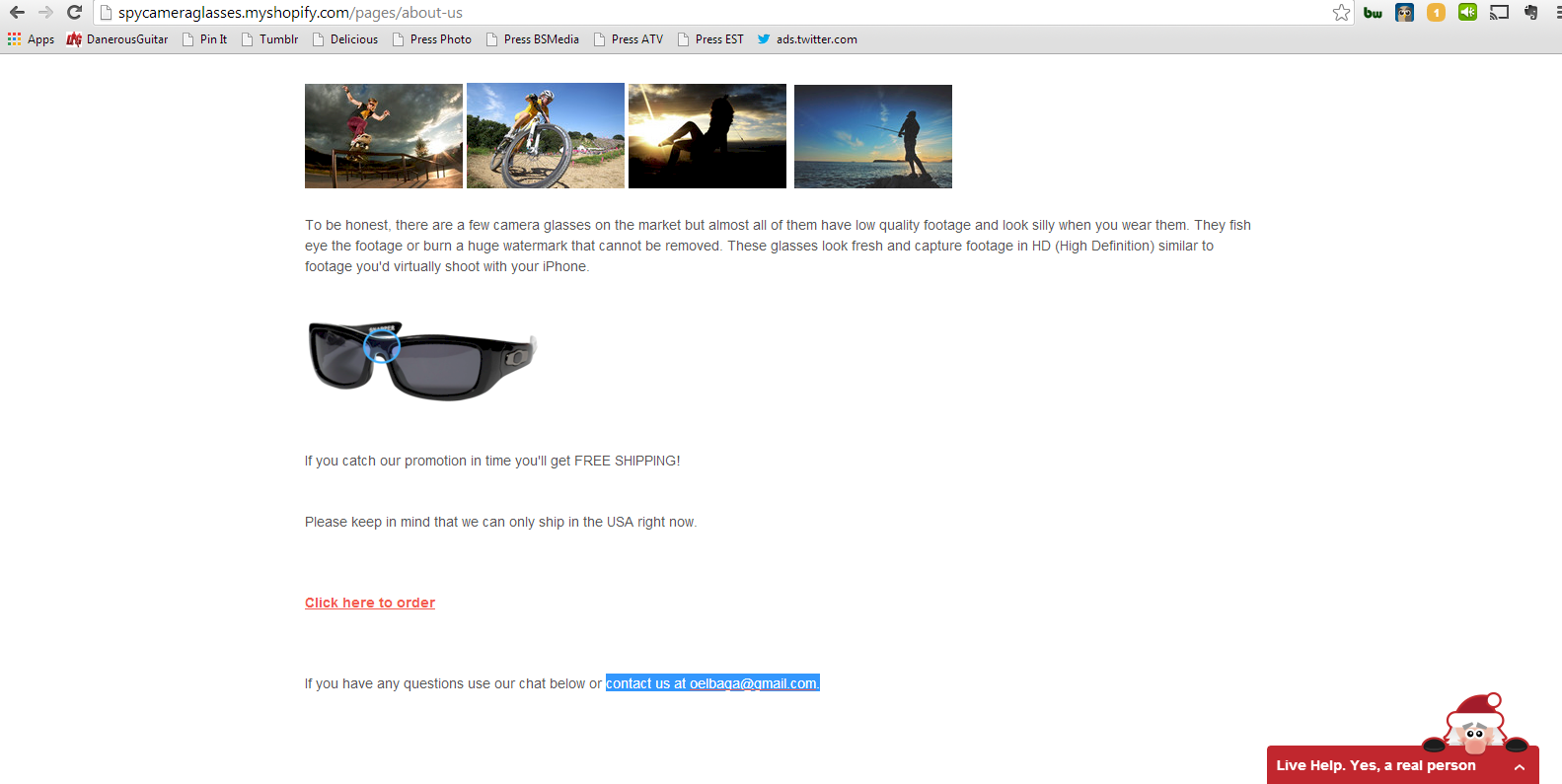