At Last! An Answer to the Space Poop Challenge

NASA has announced the winner of the Space Poop Challenge, a competition aimed at finding a safe, medically sound solution from taking waste away from astronauts’ bodies if confined for a long period of time.

A successful breeder of springer spaniels in Baltic, South Dakota does a great job of telling the story of each litter.  Their use of Facebook attracts new buyers and easily engages current and former owners of puppies from Meadowland Springers.  You’ll see in this segment how the chronology of breeding suits the use of video, images, and posts on Facebook for engagement.

The meal – only in Israel and only after 6 pm- came with:2 Whoppers, 2 packs of french fries, 2 beers and a romantic ADULT TOYinside (emphasis BK’s)

The promotion continues BK’s long standing tradition of wild promotions, beginning with the iconic Subservient Chicken back in 2005.

This signals the imminent demise of capitalism, right? https://t.co/0OAnqBvUeq

The show is called Planet of the Apps and it literally consists of celebrities telling app developers why their apps will never be profitable and will never be used by anyone.

Anders Ryttar’s model of trump’s handshake went viral after it was reTweeted by J.K. Rowling.
Said he “if I knew it was bound for 15 nanoseconds of fame, I would definitely have put a link to my webpage on it.”

Can Mark Zuckerberg Save the World?

Zuckerberg issued a 6000-word manifesto on how he hopes Facebook can create a positive global community that will help to save the world.
While I doubt he can save the world, it makes me happy that he wants to try.

Here’s What Happens When Trump Tweets

Trumpolini is a traffic cannon

How is it Twitter gets credit for launching democratic revolutions, expanding coverage of news stories and enhancing TV viewing to a multi person social experience, yet it it’s having problems making a dime?

This app offers an international news database that goes back to 1945.

Once you’ve listed your likes, dislikes, loves, and hates, Hater starts finding matches for you. You can scroll through matches much like other dating apps, swiping left on those you’re not interested in and right on someone you’d like to get to know. 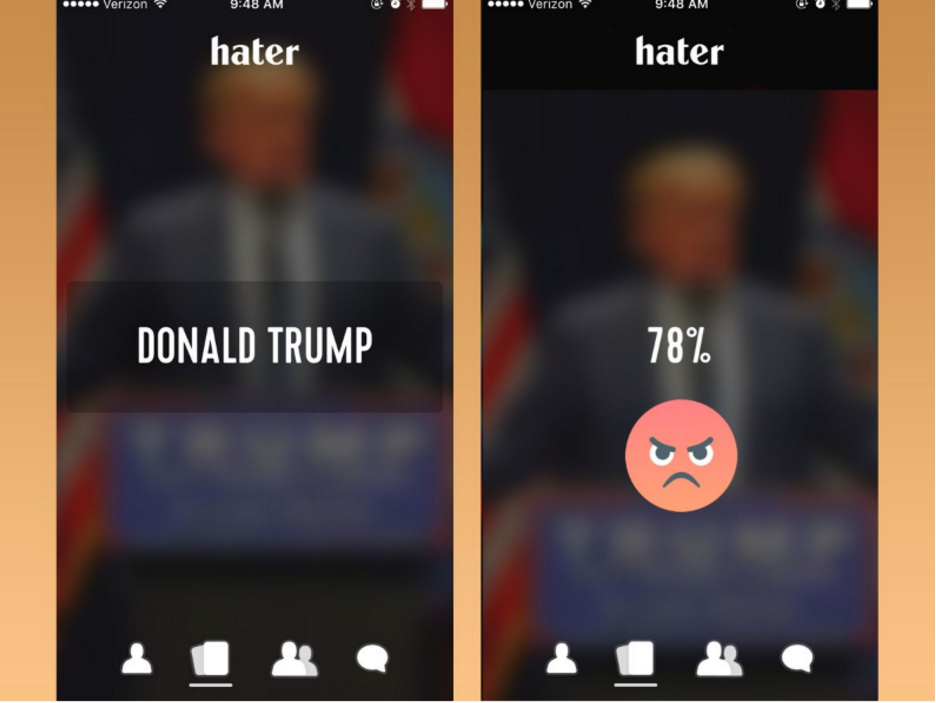 What Was There – a virtual time machine of sorts that allows users to navigate familiar streets as they appeared in the past. The premise is simple: provide a platform where anyone can easily upload a photograph with two straightforward tags to provide context: Location and Year.